Skip to Main Content
It looks like you're using Internet Explorer 11 or older. This website works best with modern browsers such as the latest versions of Chrome, Firefox, Safari, and Edge. If you continue with this browser, you may see unexpected results.

The first newspaper in the United States was printed in 1690. The list below provides links to free online resources for historical newspapers.

Brooklyn Newsstand - The Brooklyn Daily Eagle
The Brooklyn Daily Eagle was published from 1841 to 1955, then revived from 1960 to 1963. Phase I, which can be found on this site, covers the period from October 26, 1841 to December 31, 1902, representing half of the Eagle's years of publication. This period includes all of the years for which there is no index as well as the eleven years during which an index was published. Approximately 147,000 pages of newspaper in various digital formats are contained in this online repository. Access can be gained either by date of issue or by keyword searching. 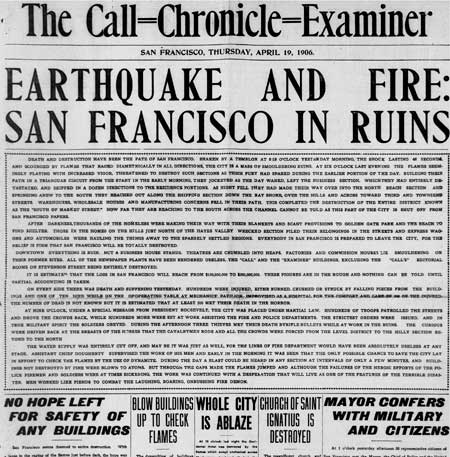 Sponsored by the Library of Congress and the National Endowment for the Humanities, this site provides access to newspapers from 1837 - 1922. You can also search the the U.S. Newspaper Directory to find information about American newspapers published between 1690-present

Google News Archive
This can also be a source for articles from newspapers.  While searching is free, it appears that most of the older material in the archive is only available via subscriptions.  This may change, however, as Google's Newspaper Archive Partners Program develops.

Primary Sources
The sites listed below contain a number of primary sources for US History. Primary sources are original materials and first hand accounts of an event, and they are typically created at the time the event took place.